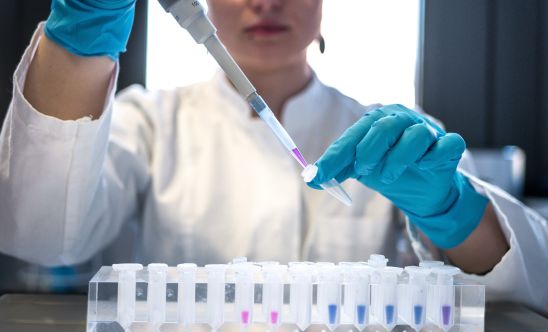 A defining characteristic of Alzheimer’s disease (AD) is the buildup of amyloid plaques in the brain, a hallmark of the damaging processes that lead to loss of memory and cognitive ability. In a new study published in the JAMA Neurology journal, EPND co-Coordinator Pieter-Jelle Visser and collaborators calculate new prevalence statistics for this brain pathology, showing that it may be more widespread in older adults than previously estimated.

Biomarkers are nature’s indicators, providing an insight into biological processes that are happening within the body. By tracking levels of the amyloid-beta biomarker in the brain (via PET scans) and in cerebrospinal fluid samples (CSF) from study participants, the researchers were able to estimate the prevalence of AD pathology across different ages, and cognitive statuses. Involving almost 20,000 participants from 85 different cohorts and across the Alzheimer’s disease spectrum, this represents the largest such prevalence study to date.

The study findings show that Alzheimer’s disease pathology may be more common in older adults without memory problems than previously thought. Thanks to the large scale of the study, researchers were able to use an advanced statistical model to establish more sensitive cutoffs for amyloid biomarker positivity. Applying this data-driven approach to CSF analyses, they detected an additional 10% of participants who could be classified as “amyloid-positive”, but did not have dementia.

They also found that this figure increased with age. In total, 17% of cognitively-normal participants aged between 50-54 had evidence of amyloid in their CSF samples. However by age 75, a third of cognitively-normal participants had amyloid-positive CSF samples, and by age 95, more than half did. Confirming previous studies, the vast majority of participants with Alzheimer’s dementia had detectable amyloid-beta in CSF and in brain PET scans, at all ages and in both sexes.

Congratulations to the authors! You can read the paper here.